Talent vs Hard Work. A topic debated by many university students the world over, and a question i never stopped to consider myself.

Talent vs Hard Work. A contentious topic debated by many university students the world over. I have heard this question asked many times before, but never myself have i been asked to answer it until recently. Those who know me know i often struggle in writing, (who knows why i chose a blog over another medium) and so, quite often, it can take me a considerable amount of time to write anything. For scale this post was started well before Nine Realms, Five Stages but i was never quite happy enough with it to post it. Anyways, as part of a university course i am taking, i was asked to write a short paper on this hard work vs talent question. Unfortunately, i first saw this assignment nine hours before it was due, and so i asked my family members of their opinions to try to shorten the time that i knew it would require. My father's suggestion was "just write how important hard work is and submit it". This caught me off guard as i did not believe that hard work was the answer, and after a bit of debate with him i had the content i needed for my assignment, of which i will expand on a bit here.

Although this is a deeply unpopular opinion among many people, based on my personal experience, i believe talents are vastly more important than hard work. No amount of hard work will get you where you want to go unless you have some initial talent, no matter how small, to build on. Robert Heinlein once wrote “Never attempt to teach a pig to sing; it wastes your time and annoys the pig” (link). I have no talent in math. Not just a little, but none whatsoever. When i was around 10 or 11 years old, my parents, seeing my dismal math grades, decided to hire a tutor. That summer, while my friends and siblings were out enjoying themselves, i was doing math drills, equations, and my times tables in the kitchen. I tried my best, did many different activities, and at the end of the summer, my math skills had grown to nowhere, remaining firmly where they were at the start. Over the course of the summer, the only things we accomplished was in wasting the time of three different professional instructors, significantly lightening my parents’ wallets, and instilling a deep hatred of this abstract concept called 'math' that i still don't understand to this day. As there was no initial seed to grow from, nothing was accomplished. I still struggle to add and subtract simple numbers, never could do multiplication or division, and still see math as just meaningless symbols for others to understand. I can however see that there is a powerful tool hidden there as i have seen many people, my father included, do incredible things based purely in math, and it is a subject i do have a lot of respect for now that i am older, but math may as well be a magic wand for as far as i can understand it. 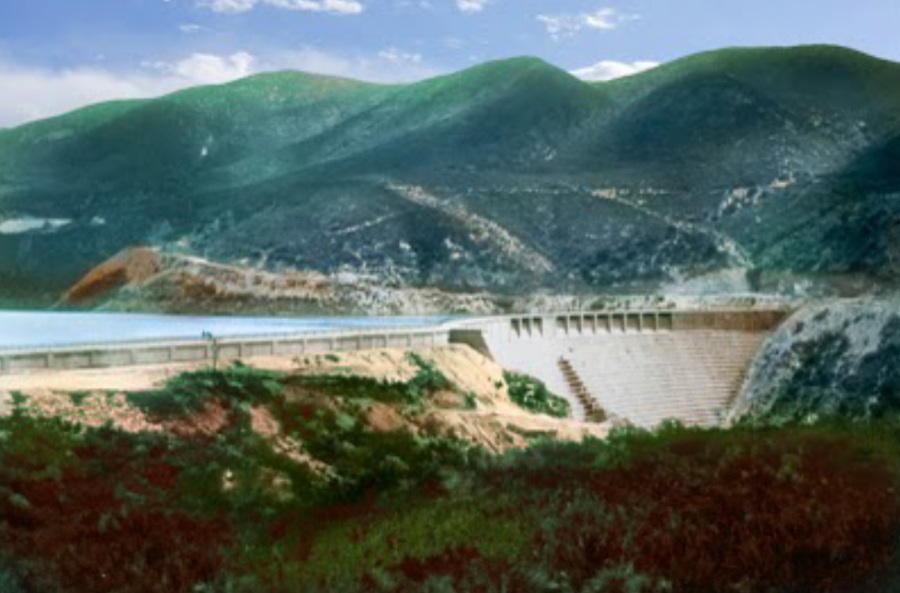 Hard work built on a lack of talent, or a faulty foundation, can not only be fruitless, but can also be detrimental to your success. To illustrate this point, in 1924 a team of engineers came together to build a hydroelectric facility to supply water and power to south-western California. They knew the shape of a particular valley was desirable for a dam, and so pushed forward on the construction, working hard to complete it. Several years later, at two minutes to midnight on the night of march 12th 1928, the St. Francis Dam collapsed. the resulting 140-foot flood wave raced down the valley destroying the towns of Fillmore, Bardsdale, and Santa Paula, killing 431 people and injuring many more. The committee investigating the incident published the following in their report: “...having examined all the evidence which [we have] been able to obtain to date, [we have concluded that] The dam failed as a result of defective foundations” (link). Similarly, if we choose to invest our hard work into an area with an unsuitable foundation, or a lack of talent to grow from, we may be led to believe that we are better suited for a task than we are. I myself have made many countless errors leading to large and costly mistakes, both in the home and in my professional life, as i believed i could do the math when i clearly couldn't.

Some people, my father included, believe that with hard work you can accomplish anything. This belief is held by those who have talents in their area, but are unaware of them, often taking their talent for granted. It is true however that in order to develop a talent, a lot of work is required, and without the hard work involved, a skill can never flourish. You may have a good seed in your soil, but if you do not tend to it, it will wither away and die. Only with constant care and good ground can a seed ever begin to grow. That being said, if there is no seed in your soil, no amount of water or fertilizer will ever grow a tree.

Since i submitted that assignment, i have heard some people who have read it say that although they may agree with my overall conclusion, that i have made a critical mistake. Mainly that i am confusing 'ability' with 'talent'. I will say that i do have a disability in math, Dyscalculia if you care, but what is a talent than just an ability not possessed by another? And what is a disability but only the absence of a skill? If anything, i believe that this lack of a basic ability lets me pull back the curtain to see what others can not. One does not truly appreciate the light until they have experienced the darkness, and as such one can not truly see the talents they possess, but only the talents of others they themselves do not have. Only those who have experienced life without a talent can recognize the gift of another for what it is. As such my lack of a basic math ability lets me see and appreciate the gift that others have. Just as a garden can't ever flourish without first having planted the seeds, talents are more valuable than the hard work needed to develop them. You need to have the seeds of natural talent in your genetic garden, no matter how small, in order to grow and develop them into the skills they can be. Without that initial skill to grow from, the skill will never be strong, and will not be able to support you when tested.

Learn to recognize the little talents for what they are, and don't beat a dead horse for what you are not. The skills and abilities you have are what makes you 'you'. Sure you may look at the talents of another and think to yourself, "if only i could be like them, to live the life they do", and you may think that with enough work, you can be just as talented as they are, but remember that what you see is a distorted view. a cherry picked example of only their best strengths matched to your own weaknesses. Don't forget to look at what you have in common, the skills you have, and the unseen abilities that they may not. Remember to look at the talents in the world in a more balanced way and to see the small talents we have in ourselves as the gifts that they are, and the potential they have, as long as we are only willing to do the work needed to help them to grow.